Sponsor a Child
Get our Newsletter
Donate
20th July 2017 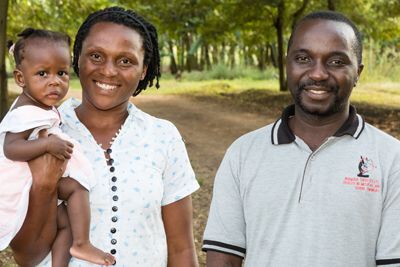 Gordon Macdonald describes the induction of NOTDEC Uganda's new Director, Moses and Accountant Annah — and some of NOTDEC's day-to-day work.  This is Gordon's report ...

"In mid May - early June 2017 Anthony Johnston and I visited NOTDEC to assist Canon Jehoshaphat, Chair of NOTDEC Uganda Trustees, with the induction of the newly appointed Director, Moses and Accountant Annah.  We spent lots of time with the two new managers, covering NOTDEC’s day to day operation, both local and international communications, and NOTDEC’s vision as an ethical institution based on Christian principles.

Ring Out The Old … 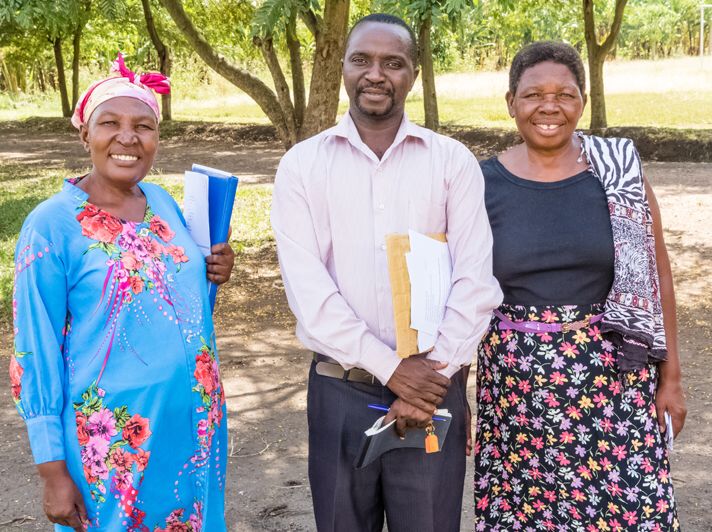 Canon Jehoshaphat chaired a staff meeting at Kabirizi formally handing over responsibility from Milly to Moses and from Pascal (retiring) to Annah.  His announcements were well received.  Milly, he said, was now head of child welfare; and Milly herself said she intended to retire at the end of the year giving the new management and trustees time to make alternative arrangements.

For NOTDEC UK, Anthony endorsed the new appointments and took the opportunity to bring Milly and Dorothy out to the front before all the staff.  With a lady under each arm, he stood tall and – on behalf of Janet too – reminded staff of all that the two ladies have done over the years in saving young lives.

This was an emotional moment and a great tribute to Milly and Dorothy.

Milly & Dorothy hand over to Moses

… Ring in The New 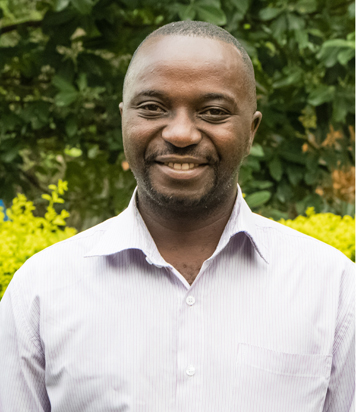 Moses, aged 40, has a background in education, public health, administration and child protection. He has a good rapport with Canon Jehoshaphat and is well respected as their new boss by Kabirizi staff. In his first couple of weeks, he had to deal with some tough management and operational issues – not to mention coping with two “firemen” parachuted in from UK.  He survived it all very well, though perhaps slightly “punch-drunk” by the end 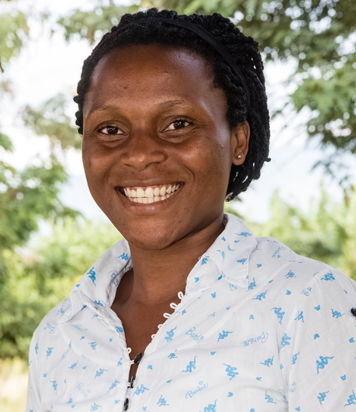 Annah has a degree in Business Admin & Accounting. With a young child, she lives on site and goes home to the family at weekends. An independently- minded lady taking no nonsense from staff, she wasted no time in putting in place new financial procedures and controls.  From the start of NOTDEC’s financial year (1st July) the accounts will be run on Quickbooks: the latest version is new to Annah but she has done training locally and will master the new system with confidence.

During our stay we visited eight NOTDEC children now back with their families. Our visits were arranged by social workers Edson and Justus whose job is to monitor the children’s well-being. Each child is visited four times a year, twice at home and twice at school where appropriate. Priority cases are flagged and visited monthly until the issues are resolved.

These visits took us to some very remote areas up narrow mountain tracks.  We saw a wide variety of homes – everything from simple shelters of mud and straw to a substantial bungalow with a television.  All the children were happy in their surroundings, well cared for by their guardians, and well integrated with other kids in the family and beyond.  Predictably, some of the boys would rather be playing than in school. 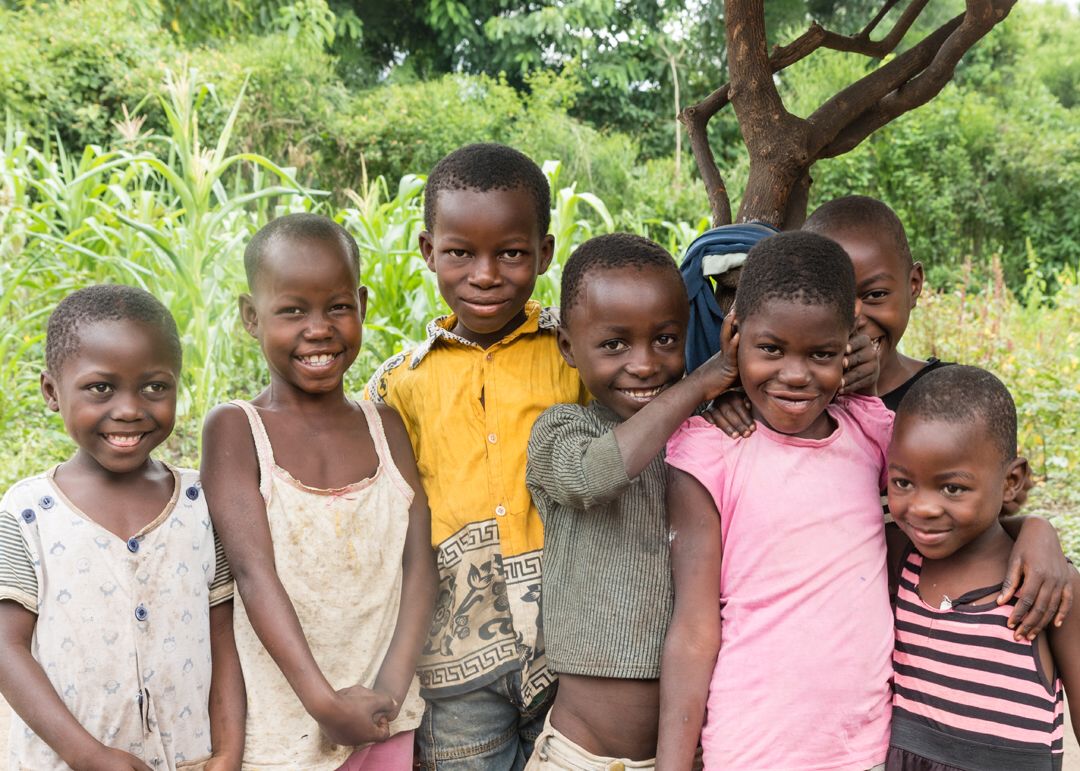 The guardians were so grateful to NOTDEC for all we do – paying their child’s school fees, providing a new mattress, a mosquito net, some food supplies etc. They wanted physically to give us something as a tangible expression of their thanks, but most had to make do with words – which we greatly appreciated.  As we departed, however, one grandfather appeared with a duck alive and kicking under his arm – his only duck!  Of course we politely refused the gift, but it gives some idea of what NOTDEC means to that family and its community. 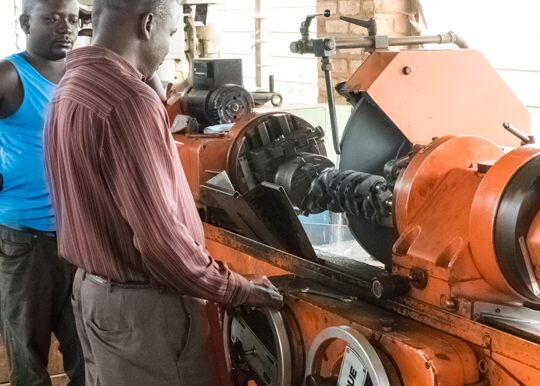 Whilst the poly’s workshops are well equipped, the machine tools, lathes and milling machines are quite old.  However, they are quite representative of much of the equipment they will encounter locally; and qualifications from St Joseph’s will undoubtedly help these students progress into the world of work.

Down on the Farm

The farm continues to progress. Since my January visit areas of bush and elephant grass have been cleared and soya planted.  It will be harvested in July to generate income towards NOTDEC’s running costs.  As it will be the very first crop, and there’s been little rain, yields will be light.  And the plan to plant the first two acres of coffee in April has had to be put on hold until August. There has simply not been enough rain at the right time.

UP on the Farm!

Under new management there is a realisation that the farm has exciting potential. The position of farm manager is being upgraded and as existing employment contracts expire the opportunity will be taken to recruit a more experienced farm manager who can catch the vision and deliver this potential. A small example of movement occurred after elephants invaded the site one night and damaged crops including tomatoes being grown within the banana plantation. The salvageable tomatoes were gathered up in baskets and taken to the market for sale – and £35 was made from produce that might otherwise have been left to rot.  It was only when staff were told that this would cover the cost of keeping one child at NOTDEC for a month that the penny dropped. 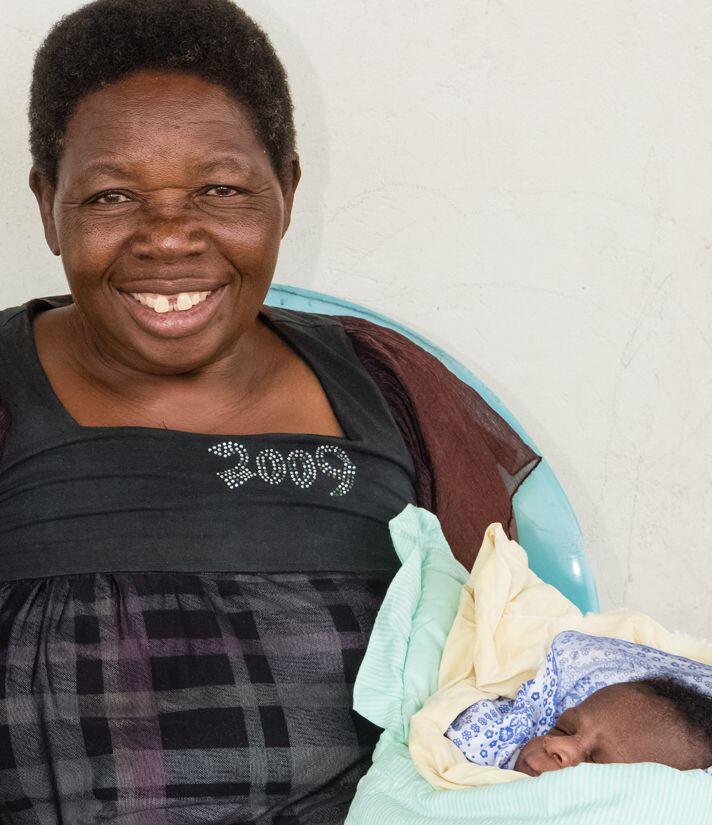 The Show Must Go On

Since my January visit, seven new-born babies have arrived at NOTDEC.

The tragedy is that in under seven months seven mothers lost their lives in childbirth.

But the message of hope is that NOTDEC exists to take care of tiny babies.  In fact, it is the only childcare organisation in the whole of western Uganda to accept new-borns.

So the wonderful work started by Dorothy continues.

And Dorothy herself is busy nurturing these new arrivals – which is her special gift."