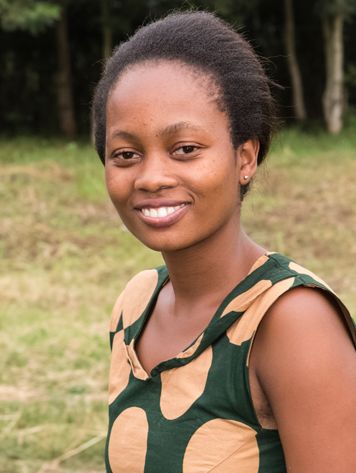 Doreen is a fully-qualified and experienced paediatric nurse in a senior position at Kagando Hospital.  She works at NOTDEC Uganda two part days each week, so she can spot problems early and intervene before things become serious.  She is also very proactive: she sees what needs doing, and does it without direction or supervision — which is exactly what NOTDEC needs.

Crucially, Doreen is used to working as part of a team.  This is important.  NOTDEC Uganda cannot afford to have a qualified nurse on-site full time; and the house-mothers must be Doreen's eyes and ears when she is not on duty,  So she works with the house-mothers, gradually teaching and enabling them to play their full part in improving the health and well-being of all the children.  This needs working at, but Doreen is moving things forward.  When she's on site, she holds a "clinic" where house-mothers can bring along any children they're concerned about.  After that, Doreen herself goes to see any child whose progress she wishes to monitor — itself sometimes an opportunity for house-mothers to understand what to look out for. 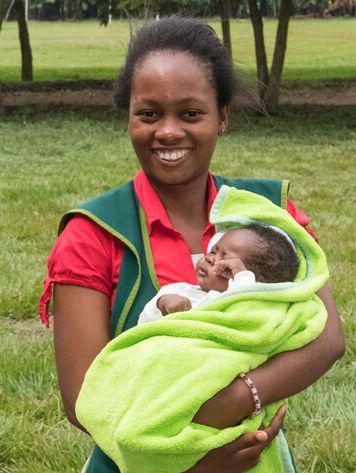 Doreen thinks that NOTDEC Uganda's anti-malaria measures are too basic.  Though all beds have mosquito nets, they're flimsy and don't last for ever; so they're replaced every 6-9 months.  But Doreen wants NOTDEC to do much more.

In line with Ugandan norms, the children's loos are in external pit toilet blocks.  Without considerable care, these can provide a good environment for mosquitos to breed.  And children visiting them at night are at high risk of being bitten.  Here, Doreen has to strike the right balance between what is desirable and what is physically practical and — in the short term — culturally accepted. As herself a local Ugandan, Doreen is ideally placed to understand the best ways forward — particularly how to win the help and involvement of the house-mothers whose support is crucial to the success of any new measures,  It is early days, but there is progress.

Another bee in Doreen's bonnet is food.

When Doreen arrived at NOTDEC, the children's diet was boring — too unvaried, too lacking in protein and fresh fruit & vegetables.  As a result of Doreen's recommendations, the diet has been improved.  The children are getting more protein more often — in addition to meat and fish, they now regularly get eggs too.  And plans are in hand to see what NOTDEC's farm can add to the mix.

Then there's drugs.  With now just one person purchasing and dispensing, medication is now all properly controlled and recorded.  And there are no drugs on site which are over 2 months old — which you certainly couldn't have said before Doreen arrived!

Who knows what else she will want to focus on?  That is for Doreen to judge — when she has assessed what is the next biggest issue.