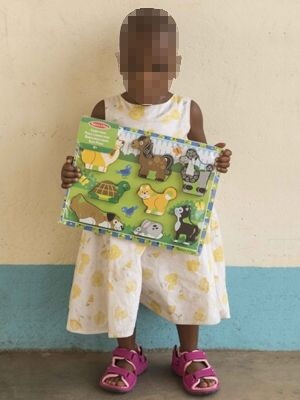 LM was born in May 20XX weighing only 1kg.  Her mother, a 15 year old school girl, died in childbirth.  LM was brought to NOTDEC a few nights later by a lady who fed her on cow’s milk from a flask.  She was very dehydrated, so she was taken in by NOTDEC and given infant formula.   As it was late, the lady who brought her stayed for the night – and finished up the cow’s milk from the flask.  She was then very ill, all that night and for the next few days.  It seems likely that the child’s milk had been poisoned, very probably by someone in her village.