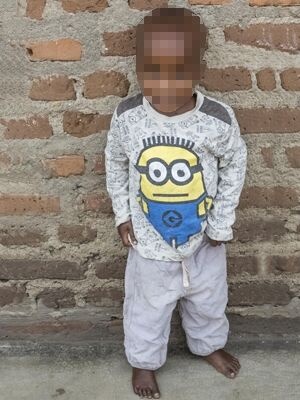 TU’s exact date of birth is not known, and has been variously estimated as in January or April 20XX.  His mother, VU, abandoned him after protracted but unresolved paternity disputes.

Three different men all claim to be the father – the earliest report says four!  TU was given to one of the men, who then handed him to another; but the second man’s relatives would not allow him to accept the child.  Quarrels started, then fighting, and one of the men was detained by the police.

For his safety, TU was rescued by the police, who brought him to NOTDEC in January 20XX aged around 2 years. As of January 2015, they were still looking for his mother. The Probation Officer has called for DNA tests on those claiming to be TU’s father.  But don’t hold your breath!