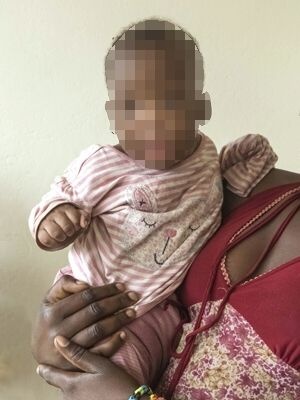 UV was delivered by caesarean section in July 20XX.  Though his mother seemed to recover, she died shortly afterwards.

The family live in a neighbouring district and have been forced into almost continual hiding there by tribal conflict which began in July 20XX and also affected parts of Kasese district.  It was very difficult to look after a tiny baby whilst hiding in the bush, so his relatives brought UV to NOTDEC.  At the time of the interim report in January 2015, some of those involved in the worst clashes were still in prison; others had been released on police bail, and the atmosphere was still tense.