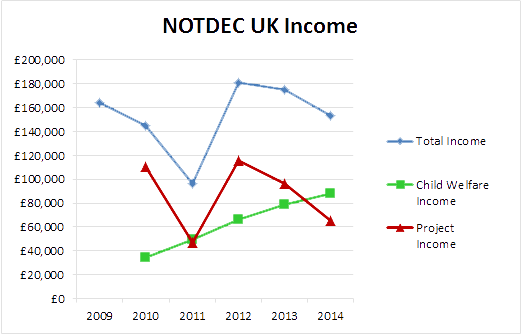 Child Welfare Income is money given via child sponsorship or as lumps sums for the day-to-day needs of the children (food etc.) and all the routine running costs of the orphanage including staff.  It does not cover building the orphanage, nor the capital cost of buying vehicles like the school bus and the tractor for hauling water, or computers for the orphanage office.  All these and a whole host of other non-welfare costs are met out of Project Income — so called because the first task was to pay for the building project that produced the first four bungalows. 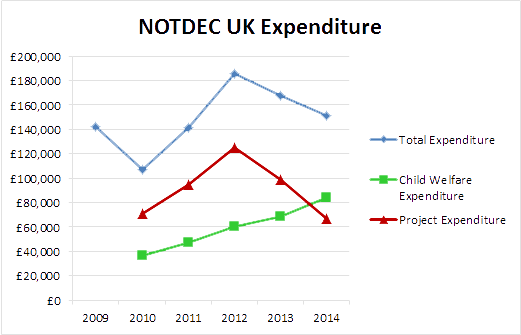 By contrast, both Child Welfare Income and Expenditure were much more stable, though with a marked upward trend.