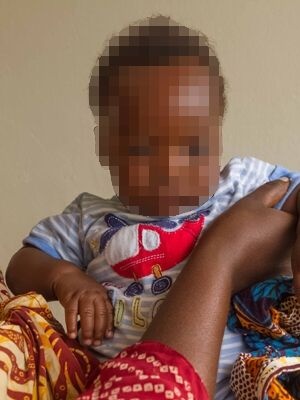 ST was born in November 20XX.  In the following January, whilst cooking a meal, his mother suddenly had severe headache.  At around 4:00am, it was decided to rush her to Kagando hospital, but her condition ruled out the use of motorcycle transport.  As they were getting ready to put her in a vehicle she died. ST was 3 months old and being breastfed, so he was brought to NOTDEC the next day for bottle-feeding.

According to the first account given to NOTDEC, there followed riots in the village and the family home was demolished.  However, later information suggests that the violence stemmed from family troubles.

ST's grandfather says that ST's mother, UT, had quarrelled with her paternal grandmother since adolescence. But these quarrels were ignored when ST's father, VT, married UT.  When UT reached VT's home, however, she heard bad things being said by VT's mother — bad words about UT's family.  Later, because UT's death was very sudden, VT's family took it for granted that it must have been caused by UTs family.

The quarrels between the families became so severe that the local authorities had to post policemen at both homes to prevent murder and the destruction of the houses.  The police were withdrawn after the funerals, but feelings are still extremely bitter and ST's father is planning to sell the family land and move to another village.