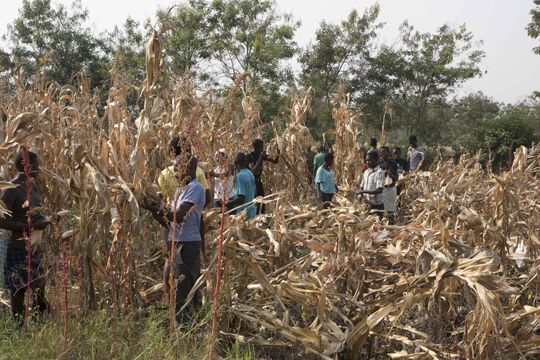 NOTDEC Uganda grows maize for breakfast porridge, has an excellent plantation of matoke (cooking bananas – a staple part of the diet), and is now planting mangoes and other fruit.

With 22 acres of farmland, what else they should produce?  Indeed, how best might the land be used to benefit the children? 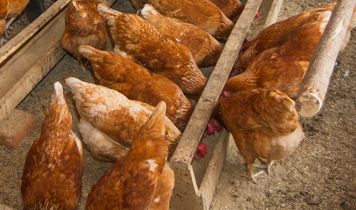 But, after an encouraging start, feed proved indifferent and expensive, some hens died, and later egg production was disappointing.  Worse still, NOTDEC Uganda was not very good at selling any surplus eggs at a profit

So the idea was abandoned – and the hens were eaten! 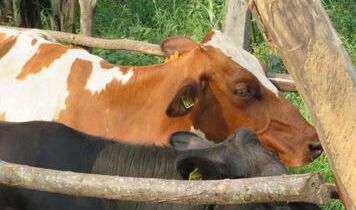 The next bright idea was cows for milk, which NOTDEC Uganda still buys in.

But dairy cattle need lots of water for a reasonable yield, and the Kabirizi site has none.  Swathes of the elephant grass, planted prospectively for grazing, died before a single cow was purchased.

When the proposed scheme came to the attention of NOTDEC UK, we knew we needed advice. 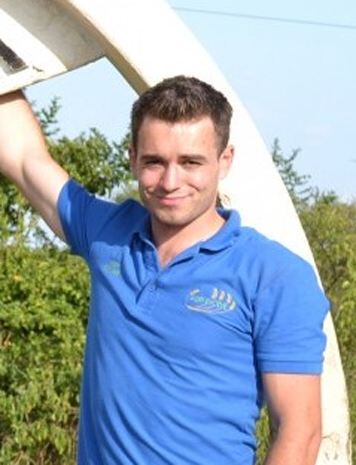 Cue Jonny Rowland, who — through his fledgling Company Agri Evolve — is working to develop a co-op for farmers in Kasese District and to provide them with guidance and advice to help them farm more profitably.  Jonny’s verdict? Kabirizi has no water.  The added cost of hauling it in makes dairying at NOTDEC Uganda uneconomic.  At age 13 Jonny kept 200-300 hens. With better feed, he says they’re the best option.  So he’s suggested year-round egg production at NOTDEC Uganda — using good quality feed perhaps produced with the help of some co-op members.

In addition, Jonny has offered to advise NOTDEC Uganda on all its farming activities longer term.  This would be for a fee which should be less than the extra income generated as a result.  For starters, he's said that Kabirizi doesn't have enough water and the soil is too poor for successful maize.  Only matoke (the green cooking-banana plantains), sunflowers, soya and perhaps a few other crops that might be used to feed chickens are likely to do really well.  In the absence of irrigation, plans must be revised accordingly.

Jonny is therefore drawing up something the farm has never had — a 5-year cropping plan for effective rotation field-by-field.  He's also got ideas for better ploughing, and suggestions about how to improve the way seed is sown.

At NOTDEC UK, we’re taking stock.  NOTDEC Uganda has already tried hens unsuccessfully.  Is livestock too much of a distraction?  Indeed, are we under-estimating the distraction of running a farm?  The farm will very soon be producing more matoke than the children and staff could possibly ever eat, so that will have to be sold.  As a really radical step, the whole farm could be run to make money for the orphanage rather than to feed the children.  Food for thought!

Richard and Munday share the ploughing.  In true Ugandan style, maize is left out in the sun till tinder dry for grinding into flour.  After it has been harvested by the older children, the remaining stubble is very difficult to plough in.

So — following Jonny's advice — they're experimenting with using the mower attachment (bought for the football pitch) on its highest setting to chop up the litter before ploughing.  Current ploughing, Jonny says, also leaves too irregular a surface.  Using the farm's tilth machine instead, would produce a far more even surface.  Once that was established, NOTDEC would often be able to drill seed directly through the litter without further ploughing, saving work and bringing up fewer weed seeds.

The Sweet Taste of Success

But don't run away with the idea that NOTDEC Uganda's Farm is all doubts and uncertainty.  Whilst we are pondering the best way forward, the farm already has a number of successes under its belt.

Many crops are grown on a smaller scale.  Farm Manager Timothy plants, hoes, tends and waters onions, cabbages, tomatoes etc. by hand, and irrigates the matoke plantation using recycled laundry water.  Several hundred fruit trees were planted recently, and a few of these are now beginning to produce their first crops.  When they're cropping to the full, NOTDEC Uganda will need to get better at selling its surplus production.

The results of all this labour are baskets of maize cobs for breakfast porridge, and a range of vegetables and fruit — here marrows and avocados. All of the onions, tomatoes, aubergines, matoke and soya that the orphanage uses are now produced on the farm.

NOTDEC Uganda children really do "taste and see that the Lord is good."